Howard Bank contacted Atkinson in 2015 to build the reputations of its CEO, Mary Ann Scully, and the bank. From the outset we believed the bank had a number of stories that weren’t being told, especially one regarding its CEO who had built a bank from scratch and was taking market share from the competition.

We worked closely with senior bank officials to develop a strategic plan around bringing Mary Ann’s story, and the story of the bank, to life. We initiated our strategy and soon began conducting interviews with local and national media. As various issues and trends in the banking industry emerged Mary Ann became an important source of information and opinion for reporters. To build credibility and name recognition, we urged Mary Ann and the bank to apply for various industry awards that were out of reach before Howard Bank officials contacted Atkinson. 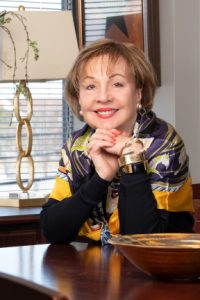 Mary Ann has been featured and quoted in both local and national publications ranging from the Wall Street Journal and Financial Times to the Baltimore Sun and American Banker. With the help of Atkinson, she has written Op-Eds and commentaries that have appeared in The Sun, Baltimore Business Journal and American Banker, spoken at numerous events, and has been recognized as not only a leader in the banking industry, but in business. In 2020, the bank recorded a total of 311 media hits ranging from the Washington Post to China Global Television Network to the Baltimore Sun to WBAL Radio. Over the years, we have encouraged Mary Ann and senior executives to pursue local and national awards that were out of reach with the bank’s prior public relations firm. The award submissions are drafted by Atkinson. The results speak for themselves. In 2020, the bank won nine awards, including three national awards. One of the national awards was American Banker’s highly coveted “Top Teams” awarded to only five banks in the country. Mary Ann was named one of the Top 25 Women to Watch on American Banker newspaper’s Annual Most Powerful Women in Banking list in both 2016 and 2017. In 2017, Ernst & Young named Mary Ann Entrepreneur of the Year. The same year American Banker recognized her as a Community Banker of the Year. The paper wrote that Mary Ann was a “combination of vision, charisma and chutzpah ….”