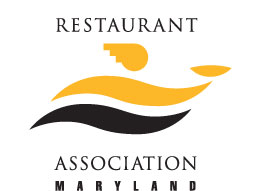 In 2019, the Restaurant Association of Maryland fought legislation requiring business across Maryland to pay a $15 minimum wage. The association contacted Atkinson requesting media strategy and media relations support to help it explain why such a drastic increase would not only impact the bottom lines of restaurants but hurt tipped workers. In 2020, RAM also turned to Atkinson during the current pandemic. The organization wanted to influence elected officials on why restaurants should be treated differently under the federal Payment Protection Program than other business. RAM wanted elected officials to understand its members needed a separate relief fund to help restaurants survive.

In both cases, Atkinson drafted RAM’s press releases, put together a media strategy and executed media relations programs to help the association argue its positions. We drafted releases with punch that explained the industry’s point of view. “Support for $15 Minimum Wage Legislation “Plummets” if it Results in Job Losses and Higher Prices a New Gonzales Poll Finds”. In 2020 the headline to our press release read: “Maryland Restaurants Face Catastrophe:150,000 Out of Work, 40% Restaurants Closed.” We also worked closely with RAM senior executives on a daily basis and restaurant owners across the state who we identified as strong spokespeople.

Over the course of the minimum wage fight, we arranged interviews with RAM members and officials in key areas across the state, on the Eastern Shore, Cumberland, Baltimore and Washington, D.C. so our argument would reach as many elected officials and their constituents as possible. We also worked with the head of legislative affairs encouraging him to draft and Op-Ed, which he did not want to do initially. The Op-Ed was published, and the author received strong reviews. In 2020, RAM is continuing its fight to win further support from the federal government. In the meantime, we have generated coverage for the organization in the Baltimore Business Journal, Cumberland Times-News, Capital Gazette and the Maryland Reporter where an Op-Ed was published. We will know soon whether we are making progress.