What are the biggest marketing and public relations trends in 2021?

A recent article in Forbes weighs in and runs through a list of 16. But there are two I found striking: corporations becoming more involved in social activism and corporations becoming better social listeners. One of our manufacturing clients engaged on both fronts to support disadvantaged communities has enlisted us to help. 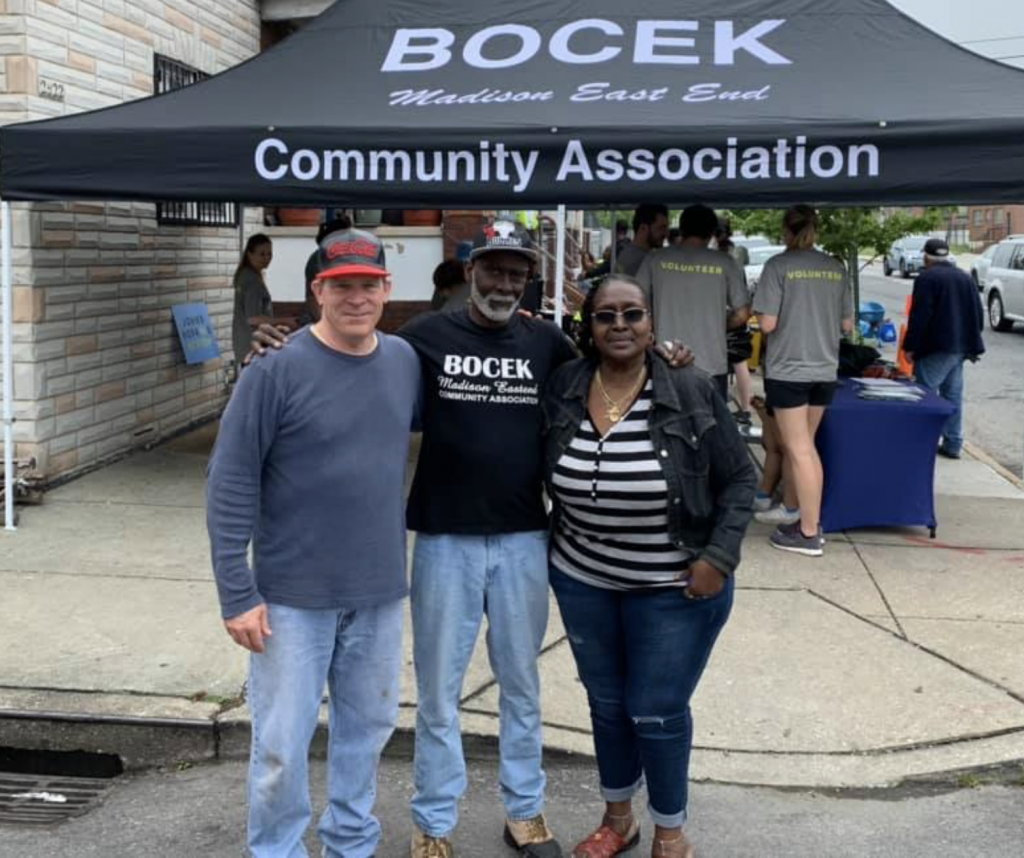 The experience has opened our eyes to ways we can support at least one struggling Baltimore neighborhood.

I’ve learned that if you ever pick up the phone and Rocky is on the other end, he will want something. One day I answered and this is what I heard:

“Hey Bill. What are you doing?” Rocky asked.

“I’m heading to the office,” I responded.

“Why don’t you stop at the elementary school? I want to see you for a second.”

When I arrived, Rocky told me to grab a shovel and start digging tree pits because he had teamed up with Leana Wetmore of Healthy Harbor and was planting trees and flowers. And that is how I spent the next two or three hours, swinging a pick, digging holes and planting flowers.

Recently Rocky himself became the kind of project he would have taken on. Rocky suffered a stroke. In December, he received an eviction notice from his new landlord. Rocky had 30 days to vacate the premises. No questions asked. It was a brutal letter.

We formed a team and launched an effort to buy Rocky more time with his landlord, raise money so he could afford a new place to live and then find him a home. We have accomplished most of our mission, but continue to look for a permanent home.

His old rowhouse was a disaster with rats, roaches, a leaky roof and a hole in the kitchen floor. To heat his home Rocky used his oven. On the stove burners were pans filled with water to generate warmth and moisture.

We put a team of lawyers, neighborhood leaders, and relatives together to tell Rocky’s story. Rocky’s niece, Annice Brown, explained his predicament on a GoFundMe page she set up eventually raising more than $36,000. Our team pitched Rocky’s story to the Sun and the paper interviewed Rocky and Annice and published a story. Robin Truiett-Theodorson, the executive director of Banner Neighborhoods, joined with former Councilwoman Shannon Sneed to find Rocky a new home.

Rocky moved into his new home in February. He is upbeat. He is back to his old self looking for ways to help neighborhood kids.

“How do you like your new place?” I asked Rocky.

For us, none of this would have happened without our client leading the way. They know that social justice, social listening and supporting communities where they conduct business not only builds reputation but keeps them in touch with serious issues they can help address. It is not just about putting hours in and counting the number of trees you plant but working to change lives.

In 2021, companies will be called upon to embrace social change. They will be held accountable to not just give back, but to truly invest in their communities.